You know what I really, really dislike: stuff that does not work. Things (and software) need to do what they are suppose to do. They should all serve their purpose. So can you imagine how frustrated I get whenever I notice that a channel broke in XBMC Online TV. Because XBMC Online TV should also […]

For those who are interested, I just uploaded XBMC Online TV v3.4.0. This release introduces three new major features: Channel Proxies, Categories and a new name. Proxies can now be configured for each channel. Visit the Knowlede Base article to learn how to configure them. The list of channels did become very long and a […]

For those who are interested, I just uploaded XOT-Uzg.v3.3.7. This release is necessary in order to fix some channel bugs. Amongst which is the RTL channel that uses their new JSON interface and should be a lot faster and better. The NOS channels were also update and can nog handle streams who’s session expired a […] 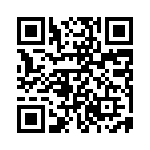