This new release of Retrospect introduces some new features such as adding the option to cloak (hide) items from a listing and keep it hidden until it is uncloaked again. That way it is possible to tailor some standard listings a bit. The cloaking works on folder types. Besides this some code simplifications were introduced that make life a bit easier. Especially with the new login features for some channels the handling of (session) cookies had to be more consistent.

Finally, a lot of time and effort was put into making Kodi Krypton handle stream, proxies and http headers in a much better way than it was done previously. Initially proxy and custom http headers were completely removed from Kodi Krypton. However, together with the Kodi dev ‘fritsch’ we were able to restore most functionality in a proper way. This saved the custom channel proxies and some other features based on http headers.

And finally a large amount of channels were updated over the past 6 months. And some channels were added such as School TV and a lot of new Belgium channels.

Kodi Krypton has some focus on security related to third party add-ons and repositories. To make users more aware of this, within Kodi Krypton all non-official repositories and add-ons are disabled by default and need to be re-enabled by the user. That way a user gets aware of what add-ons are not Kodi official and where the add-ons are coming from. As you are (or should be) aware of, Retrospect is such a third party add-on that uses its own repository. Therefore you will need to re-enable the Retrospect Repository and Retrospect itself. As a reminder:

!! Retrospect should only be installed from the official Retrospect repository  !!
Please read the installation instructions

The only official and safe way of installing Retrospect is via the official repository using the official installation instructions. if installed from other locations, we cannot guarantee the quality or safety of the code of the add-on. In other words: code might have been injected if you download it via alternative sources. 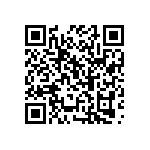