A long time a go, in this very same galaxy a Xbox Media Center script existed that watch Dutch missed episodes. It had 3 available channels and was abandoned by it’s creator. The name of the script: “Uitzendinggemist”? “Say what,” I hear you think! It is Dutch for “Missed an episode”.

The new XOT icon introduced in March of 2012

I picked up the development of this script on Xbox Media Center and called it: “Uitzendinggemist.v2”. Keeping the original name to honour the original script and added the v2 to indicate it was new. I basically kept the script running for the existing channels. After the availability of XBMC on Windows and Linux the script was re-written from scratch and became an program and video add-on. It was now based on channel modules that allowed fast expansion of the number of available channels. A lot of those channel were no longer Dutch, and the Dutch add-on name was not very clear. So it was re-branded to “XOT-Uzg.v3”, which is a combination of:

It seemed obvious for me at that time, but apparently not to everyone. Since this change, every now and then somebody e-mails me complaining about the name and why it was so weird. I even tried to implement a way of users to change the name themselves, but that really did not fit in the XBMC add-on mentality. But as more and more foreign (not Dutch) channels arise, the urge to change the name grows and this week it broke the camels back (not that I am a camel or so).

So starting from the next release the name of XOT-Uzg.v3 will change into XBMC Online TV. I dropped the Dutch reference to “Uitzendinggemist” and also removed the version number. The former reference did not ring any bells with the none Dutch (and also most of the Dutch) and the latter (version number) is already shown by XBMC. The logo will not change as it was already based on the abbreviation XOT.

Hopefully this new name will ring more bells in the future. 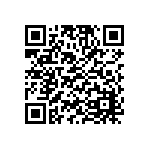