This page contains all the changelogs for XOT-Uzg.v2.x.x. For more recent changelogs visit the Changelogs page. 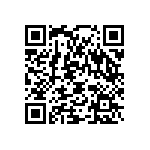