You know what I really, really dislike: stuff that does not work. Things (and software) need to do what they are suppose to do. They should all serve their purpose. So can you imagine how frustrated I get whenever I notice that a channel broke in XBMC Online TV. Because XBMC Online TV should also […]

For those who are interested, I just uploaded XBMC Online TV v3.4.0. This release introduces three new major features: Channel Proxies, Categories and a new name. Proxies can now be configured for each channel. Visit the Knowlede Base article to learn how to configure them. The list of channels did become very long and a […]

For those who are interested, I just uploaded XOT-Uzg.v3.3.7. This release is necessary in order to fix some channel bugs. Amongst which is the RTL channel that uses their new JSON interface and should be a lot faster and better. The NOS channels were also update and can nog handle streams who’s session expired a […]

In the recent XBMC Online TV v3.3.6 update we added some statistics logging. Over the past week we got a lot of feedback and wanted to show some results. The most important bit of information we wanted to know was what channels people watched and how often. Well the results are here. Playback statistics We […] 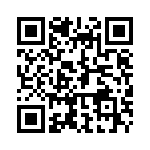