Changelog Fixed: NPO date items did not work (Fixed #623) Previous Changes Fixed: NPO.nl changed their site which broke the alphabetical listing (Fixes #612) Fixed: NPO broke due to site changes (Fixes #605) Fixed: 3FM web cam stream disappeared from the listing due to a previous fix (Fixes #594) Added: “Current” and “Next” to the […]

It took some time, but here it is: the first release of Retrospect. As announced previously (http://www.rieter.net/content/2015/03/29/whats-in-a-name-part-2/) XBMC Online TV/XOT has been rebranded to Retrospect. To stay out of possible update problems, we continued the version numbering, but did give it a nice bump: Retrospect v4.0.0! But there are more changes. The two biggest changes […] 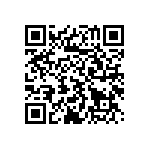