This update of Retrospect is necessary update that fixes some issues with Kodi Krypton. No major stream playback issues, but issues “under the hood”. Here is an overview of the biggest changes:

Kodi Krypton has some focus on security related to third party add-ons and repositories. To make users more aware of this, within Kodi Krypton all non-official repositories and add-ons are disabled by default and need to be re-enabled by the user. That way a user gets aware of what add-ons are not Kodi official and where the add-ons are coming from. As you are (or should be) aware of, Retrospect is such a third party add-on that uses its own repository. Therefore you will need to re-enable the Retrospect Repository and Retrospect itself. More information on how this Kodi features affects Retrospects and updates can be read here. As a reminder:

!! Retrospect should only be installed from the official Retrospect repository  !!
Please read the installation instructions

The only official and safe way of installing Retrospect is via the official repository using the official installation instructions. if installed from other locations, we cannot guarantee the quality or safety of the code of the add-on. In other words: code might have been injected if you download it via alternative sources. 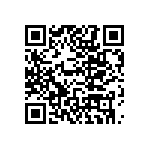