A long time ago on a computer far far away…..…

Well, actually it wasn’t that long ago, but it was the 1st of Juni 2015 when the last version (4.0.0) of Retrospect was released. And to be honest, we are all closer than 1 light year from each other, so that is not really far far way in a ‘galactic sense’ either.

But over the past period a lot has changed. Usage has doubled, fixes dispatched and servers went down under the pressure of updates and downloads. Over a 1 Gb of data per day is transfered for update checks alone. This number is kept unussually high by a small group of dark ones with corrupted Kodi instances. Over and over they keep hammering the server looking for updates.

In a last attempt to safe the bandwidth both Python and PHP scripts have joined forces. The Pythons are banning those that dark hammering users for a period of a day. Whereas the PHPs are regulating the gradual release of updates over a longer period of time rather than instant. The innocent Retrospect users may experience the latter by a fased roll-out of updates over a period of 6 hours.

Meanwhile the development has continued. This new release of Retrospect has a couple of major changes. One thing is that all the textures (so thumbs, fanart and icons) are moved to a CDN. These files where almost never updated and only caused a lot of unnecessary bandwidth usage with each and every update. So now the full Retrospect download is only 900 KB instead of 8 MB! Images are loaded on demand and only for the channels and items that are not hidden.

We also removed a lot of calls to Python methods that will be removed in Kodi in the near future. This with a Milhouse build know that Retrospect broke on it. But with this release, all should be fine again. The load time of channels was also improved by creating a channel index file that will be used by Retrospect instead of scanning folders. Especially on slower systems, such as the Raspberry Pi, channels will load faster. Finally we added options to hide/filter items that cannot be played in Kodi. Such as paid items or DRM items. 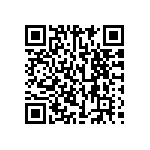