The installation comes down to putting the folders from the GIT repo in the Kodi add-on folder (see the Troubleshooting page for locations). The result should be that the addons folder now contains at least these folders: 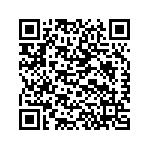