In the recent XBMC Online TV v3.3.6 update we added some statistics logging. Over the past week we got a lot of feedback and wanted to show some results. The most important bit of information we wanted to know was what channels people watched and how often. Well the results are here.

We expected the Dutch channels to be at the top and that turned out that way. The Top 3 channels being watched are all Dutch. However, Dumpert.nl being in the top 3 was something we did not expect. Second thing we did expect were the Swedish channels being at a high position. We have rather large Swedish user base, and they seem active and occupy position #5, #6 and #7. The newly introduced channel NPO.nl managed to get a spot in the Top 10, which is impressive for a new site and channel.

And then an import one. As you might know we provide both Program (Script on XBMC4Xbox) and Video add-on functionality (see here). We are however considering to remove the Program add-on part as it is rather outdated, and does not really look that nice at the moment (it originated from the Xbox era). So we also tracked how people start XBMC Online TV. 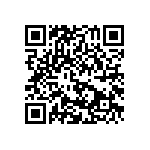